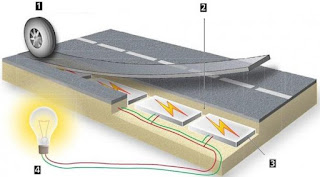 Posted by Unknown at 2:12 PM No comments: 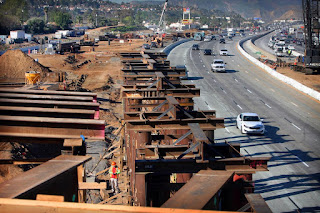 Steve Robinson is a contractor for Quickel Construction, a Southern California-based paving company. Last summer he received a request from a local Irvine HOA named Trailwoods asking him for pavement speed cushions, never hearing of such a thing he wasn't sure how to respond.
He hit the web and did some research, finding all he could about these speed cushions. After doing his due diligence he decided to go with Traffic Logix as the brand of choice. He especially was sold by their interlocking tongue and grove system. He knew that rubber units would be better suited than products of another material, especially since there needed to act together to hold the weight of the vehicles.
He relayed the information to his customers at Trailwoods and they took his advice. The speed cushion delivered on their promise, reducing the speeds of the vehicles in the area to a safe level. After this experience with his customer Steve started promoting these speed cushions and other products to his other customers. They were more than enthusiastic after purchasing them as well. The upside of using these cushions doesn't stop at their speed reduction. They are also made of 100% recycled tire rubber from trucks. This rubber would otherwise have been garbage added the the landfill.
Quickel Construction has sold cushions to three more southern California HOAs since the Trail Woods purchase last summer. Mr. Robinson plans to continue to promote the Traffic Logix cushions in the future. "They're effective in slowing cars down," he commented "and that's just what the HOAs want to do."
With the price of rubber being significantly less to keep and maintain than asphalt this solution is becoming quite a bit more popular. The increases in the cost of asphalt has made it very expensive for cities to add speed bumps the traditional way. These rubber cushions have allowed them to make these changes quickly to ensure safety. 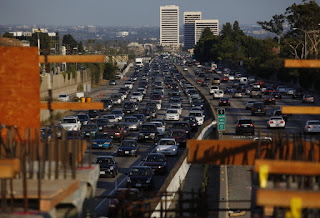 Posted by Unknown at 9:44 AM No comments: